Oculus Go made everything easy for us to start VR apps and games. Thanks to its all-in-one standalone design, it’s also easy to carry and restart elsewhere. Wherever you use Oculus Go, you probably need a charger and cable because the battery life of the headset isn’t that long. The battery life should last 2 to 3 hours with a full charge. If you think your headset lasts less than that or you suspect a battery drain and other power issues, continue reading this post. Oculus Go power on/off, battery, and charging behavior explained.

Power off and Standby (=Sleep) mode

A LED indicator at the center on the top shows the status of the headset. When it’s on, the power is on, and the display is showing something. It’s straightforward. However, when it’s off, it could be either powered-off or in sleep mode. While in sleep (standby) mode, the device wakes up right away by pressing the power button or putting the headset on your face. A proximity sensor located between VR lenses makes the device turn back on automatically when you wear it. 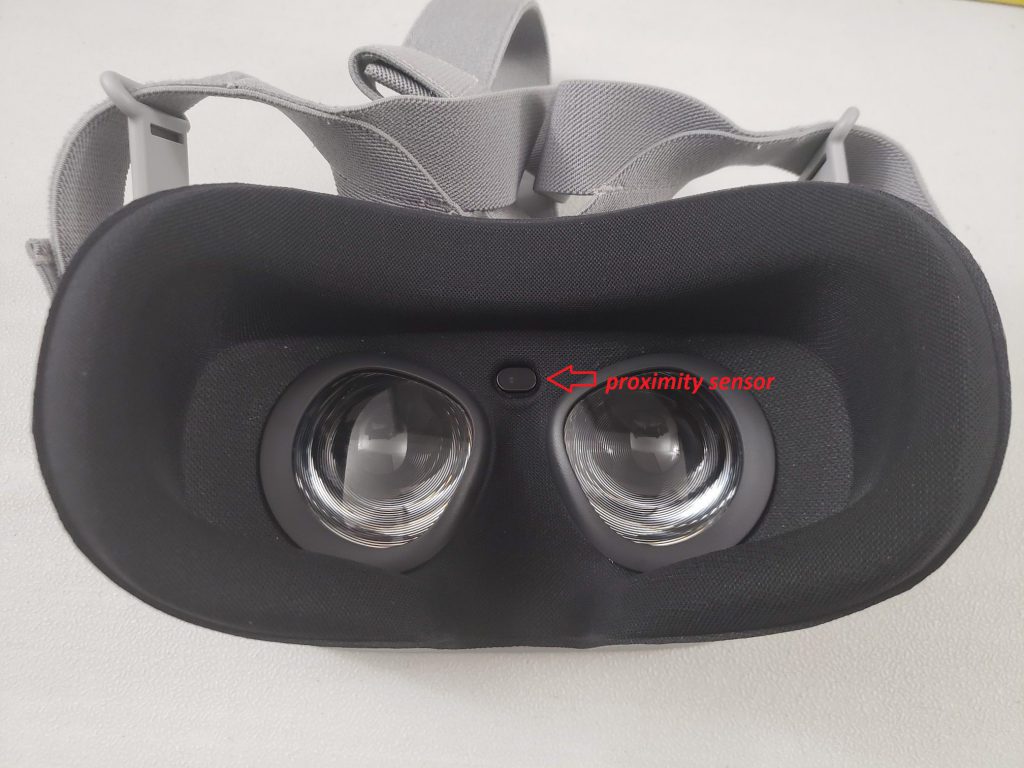 While it’s convenient for you to restart apps and games quickly, sleep mode has a chance to wake up the headset accidentally and waste the battery power. For example, when you put the headset on a desk, an over-the-head strap was straight and away from the sensor. But after a while, the strap hangs down onto the sensor, and it turns on the device. If the strap stays there, the headset stays on until the battery dies.

And, especially when you carry the headset somewhere else, you should power it off. It’s impossible not to wake it up inside your bag while carrying it. And something else in the bag may physically press the power button.

How to power off Oculus Go

There are two methods. Here is one of them. While you are wearing the headset, hold down the power button for a few seconds. And, you will see a pop-up message asking you to choose “Cancel,” “Reboot,” or “Power off.” Click “Power off” with a controller. If the controller is not working, point the cursor onto “Power off” by moving your head and then press the volume button.

Behavior of Oculus Go while charging

When you charge the headset, it will turn on automatically even if it was off before you connect the charging cable. You may try to turn off while charging, but it comes back on. It’s a little annoying, but it’s probably for the protection against overcharging. Just remember that you have to turn it off after disconnecting the cable if you put it away or carry it somewhere.

More specifically, the headset doesn’t always turn on automatically while charging. It does stay off until it has a 50% of battery charge. Once it gets 50%, it makes a pong sound and turns on. It’s probably for a fast charging until 50%. You can see the progress of charge below 50% by looking into the headset and press the power button (Don’t hold down the button. Holding down the button for a few seconds turns on the headset.) 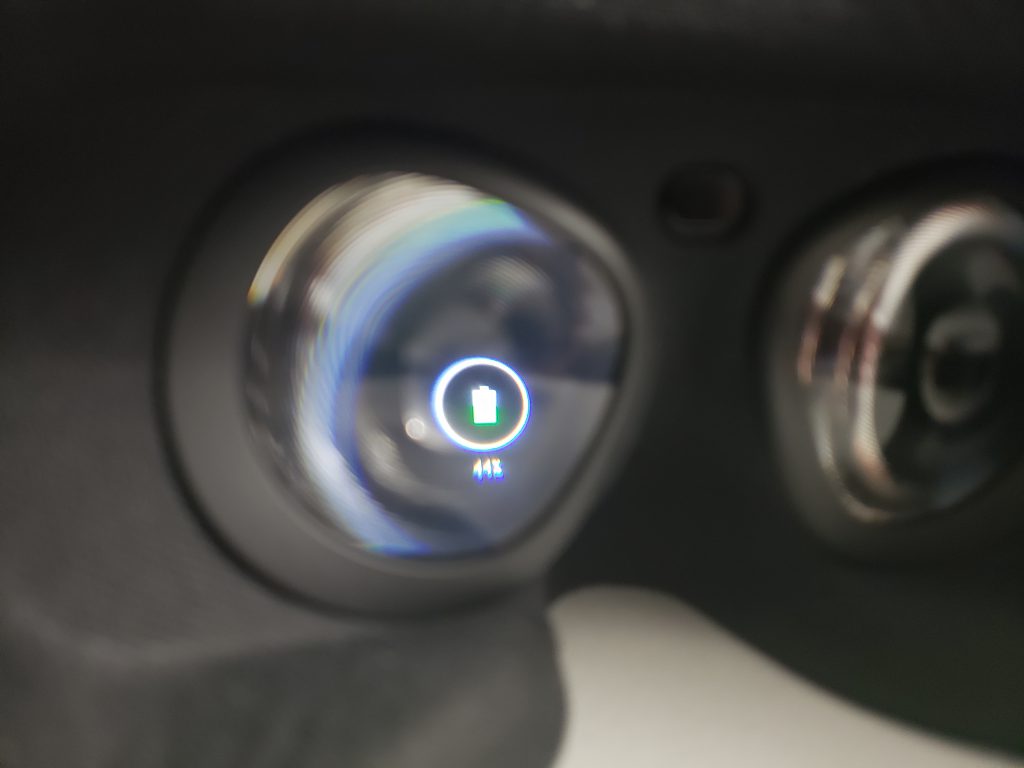 How to put Oculus Go into sleep mode

That’s why the other method is recommended. With the other method, all you have to do is to press the power button. And, you don’t have to pause a game or movie. Plus, you can resume a game or movie by putting on the headset and holding down the home button of the controller. Please keep in mind you can return where you left only after a short break. It’s not guaranteed if you put the headset back on after hours in sleep mode. I recommend to turn it off or charge if you don’t use more than an hour.