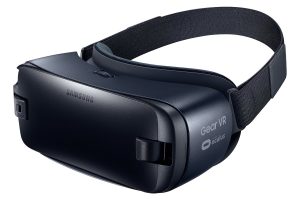 If you just got Samsung Gear VR headset and tried it out, you might have gotten small issues like battery drain or overheat. Virtual Reality is still new technology, and it’s developing now. Currently, some problems are inevitable. However, you can minimize them with some tips and tricks in this post. It also shows tricks to help you optimize your experience with Gear VR.

First off, you should make sure that your phone has an adequate charge on its battery. VR apps tend to drain a lot of charge from the battery, and that can’t be helped. But, the more charge on the battery,  the longer you’ll be able to play.

It’s true that Gear VR has a port to connect a USB cable and charge the battery while you’re playing. But, it’s not an ideal solution. One of the benefits of mobile VRs is wire-free. Unlike Oculus Rift or HTC Vive, you don’t have to connect any wires. Although you don’t or you can’t walk around with Gear VR because there is no position sensor or camera, you probably turn around, look up and down, or even spin. You can easily get tangled on the cable. So, charge the battery in advance, and you will get freedom.

Playing VR on a fixed chair gets you tired quickly, and you will be reluctant to look around. Instead of tweaking and craning your neck on a couch, try a swivel chair when you play VR next time. Let a chair rotate when you want to look around. You don’t have to tweak your neck anymore. It’s more comfortable and less stressful. 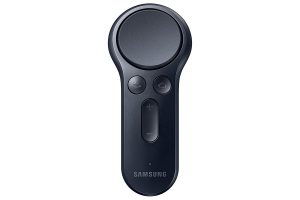 Choose apps and games enjoyable for you

There are so many apps and games for Gear VR, and they are not made equal in comfort level. Some apps and games involve a lot of camera movements, player motions, and disorienting effects. And these apps and games may not be enjoyable especially for those who are new to VR. Oculus store shows the comfort ratings on each app and game. You can find the rating as either Comfort, Moderate, or Intense on a page of app and game. Use the rating as a reference, and you won’t end up purchasing games that give you motion sickness.

First off, close all other applications before starting VR. Once you put the headset, you are in the different world. Leave everything behind in the real world.

Next, block all notifications. You don’t want a notification pop up in the middle of gunfire

Get an aftermaket gamepad for some games

While many games can be played only with a touchpad on the side of Gear VR, some games require a gamepad. The games like Minecraft need many buttons to be played. Aftermarket gamepads have almost the same button-layout as Playstation’s or Xbox’s controllers. But, you need to choose one compatible with Android. They are connected to your smartphone via Bluetooth, so you don’t have to worry about wires tangled. Some of them are small and compact, having a good design for portability and storage. Some are thick but feels good in hands, having a good design for operability and maneuverability.

You need to clean the headset from time to time. Lenses should be clear and dust-free. You can keep them clean with a dust cloth and lens cleaner. If you have an air duster, you will have a better result. And remember, you need to clean a screen of a smartphone as well. If dust is on the screen, lenses of VR magnifies it no matter how small it is. You can clean it in the same way as you do to lenses with the same materials.

And a face pad eventually gets dirty. The face pad is attached to the main body by a velcro. You can easily remove and wash it. Don’t worry. When it’s worn out, you can buy a replacement only. Enjoy VR experiences with comfort and good hygiene.

I hope these tips and tricks help you optimize an immersive experience with Gear VR.