Samsung Gear VR is a virtual reality headset compatible selected Samsung Galaxy smartphones. After two innovator editions (SM-R320 & SM-R321) had been released for developers, Samsung released the first consumer edition (SM-R322) in 2015 . And the second one (SM-R323) was released in 2016, with some minor changes and improvements. 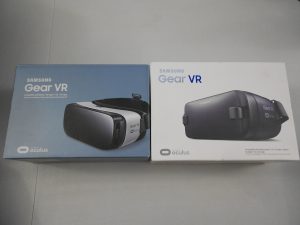 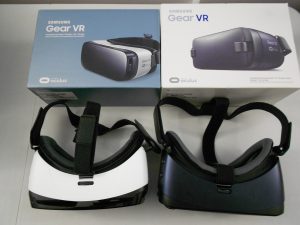 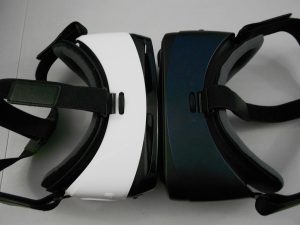 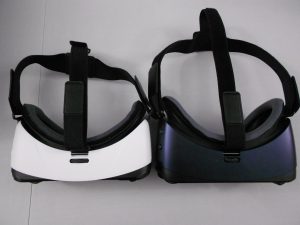 Touchpad: 2015 version has cross-shaped groove, while 2016 version is flat 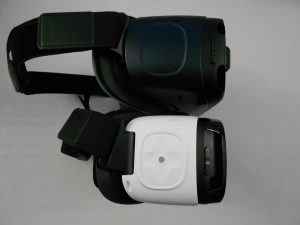 Home button: Back button exists on both versions, Home button is added to 2016 version. 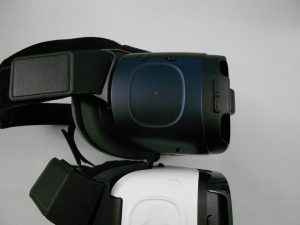 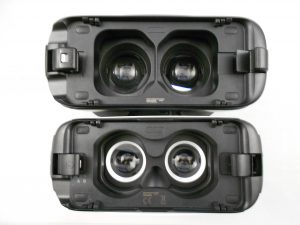 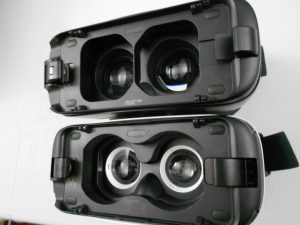 2016 version has a thicker rubber cushioning 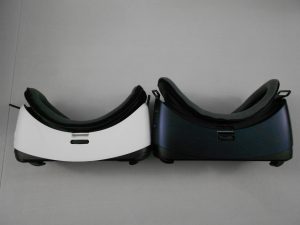 Color inside a compartment where your face is against is white on 2015 version and black on 2016 version. Dark color reduces glare and reflection. 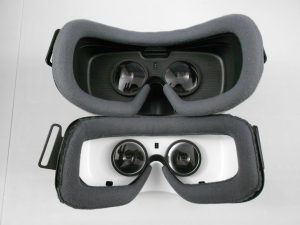 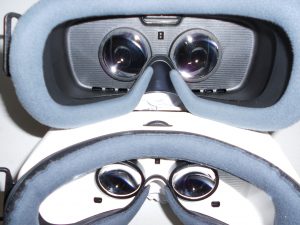 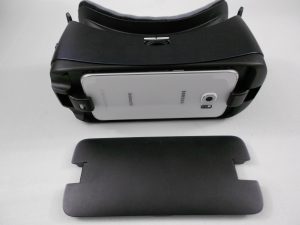 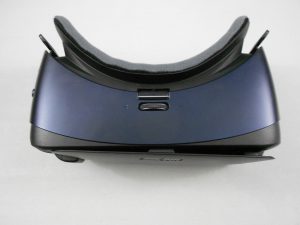 You can close with a holder (connector side) lifted up 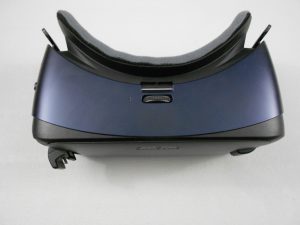 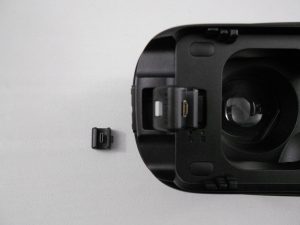 2016 charging port is Type-C USB. Use an adapter for micro USB cable 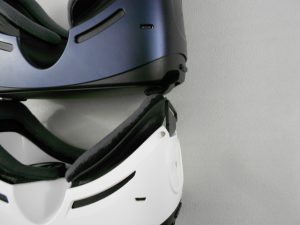 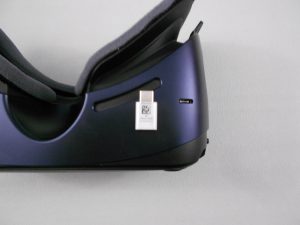 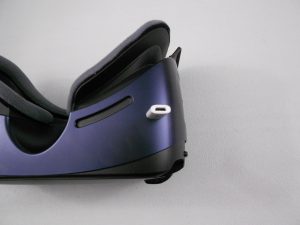 What is international version? 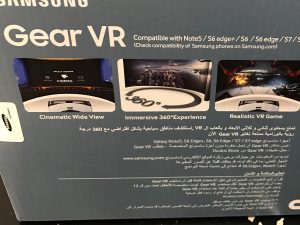 Which one should I buy?

2016 version is released alongside Note 7 which has Type-C USB. Thanks to its detachable connector it’s also compatible with older phones which have micro USB. Currently, no compatible phone has Type-C USB because of a recall and discontinuation of Note 7. But, new phones are expected to have Type-C USB. So, 2016 version is a better choice for those who upgrade their phones frequently. If you are sure that you keep your current phone for a long time, you may choose 2015 version for its discounted price.